7 Common Breathing Disorders (And How to Prevent Them) 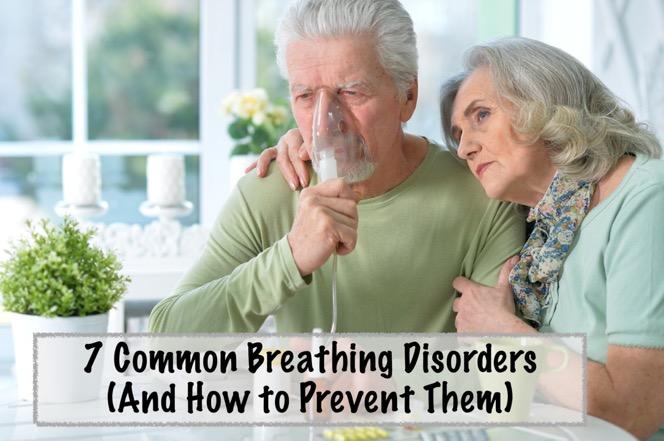 You're going to the doctor about a cold you've been having. It's your first time seeing this doctor so you're given a clipboard of information to fill out. One of the things that they are looking for is your family's medical history.

If your answer is, not much, we're here to fill you in. Here are a few common respiratory disorders and what you can do about them.

Asthma is a reversible upper respiratory disease that's caused by inflamed airways. Most of the time this disorder will make itself known when you're still a child and continue on throughout your adult life. There are some who don't develop it until their adulthood, however.

Symptoms of this disease are chest tightness, wheezing, dry cough, and shortness of breath. In terms of how to treat it, anti-inflammatory medications will give you a bit of relief.

You should also carry around your inhaler everywhere you go. Asthma attacks are triggered by common allergens so you never know when you'll need it.

If you're a smoker then you have the potential to develop COPD. COPD is a serious disease that stops you from being able to exhale as you would normally. Symptoms of this disease are coughing up mucus (mostly in the mornings) and shortness of breath.

This disease can be a bit hard to diagnose because you could have it for years without seeing any traces of the two symptoms above. You can start looking out for COPD when you reach your 30s. You will see the hight of the symptoms when you get around to your 50s.

Again, most of the time this disease shows itself in smokers so quitting will be part of the treatment process. You may also have to go through bronchodilator therapy or pulmonary rehabilitation.

Unlike asthma, COPD is not reversible. Once you have it you're stuck with it even if you stop smoking.

Chronic bronchitis is a branch of COPD. The symptoms are about the same. If you have it you'll cough up mucus in the morning while also dealing with shortness of breath.

You can also catch acute bronchitis. It's an infection that can be treated with antibiotics prescribed by your doctor. Your symptoms will stop once you've rid yourself of the infection.

Emphysema is also a separate form of COPD. It's a serious respiratory issue that is caused by heavy smoking. The smoke damages the sacs of air in your lungs so badly that they can no longer fix themselves.

Over time you won't be able to get the same level of oxygen that your body needs to function so you'll need assistance. You can click for more about the machines you can use to assist you. Emphysema develops slowly as the years pass and there is no way to cure it.

You may be able to slow down the disease's progression by quitting ciggerets but you're only delaying it.

Lung cancer is one of the leading causes of cancer-related death amongst men and women. One of the reasons why may have something to do with the fact that it's a little hard to detect. Lung cancer can develop anywhere in the lungs.

The main place where it settles is within the air sacs. Symptoms include coughing, coughing up blood, changes in your voice, and horrible breathing sounds.

The most common cause of lung cancer is cigarette smoke. You may also catch it from second-hand smoke, asbestos, radon exposure, diesel fumes, and other workplace exposure.

Cystic fibrosis is caused by a defective gene that creates a thick mucus which will clog up your passageways. This mucus will cause horrible lung infections and even stop your pancreas from working the way that it should.

Pneumonia occurs when the air sacs in your lungs become infected. For the most part, you can recover in a few weeks with medical attention. That is unless you are an elder or a young child.

Small children and the elderly are prone to catching pneumonia and when they do, it can be life-threatening. Symptoms of the disease include shortness of breath, shaking, and fever.

Those who are over the age of 65 can stop themselves from catching the disease by getting a vaccine. Other ways to prevent it are to get your flu shot and make sure you always wash your hands.

Common Breathing Disorders and What You Can Do About Them

So, how familiar are you with your respiratory system? Did you know about some of these common breathing disorders?

If so then you're one step closer to stopping yourself from catching some of them them. Stay in the know keep yourself in good health.

Do you want to keep yourself up to date with all the latest health news? Check out our blog daily for even more articles like the one you just read.